There are news concerning your application

Go to my application

Things you (possibly) don’t yet know 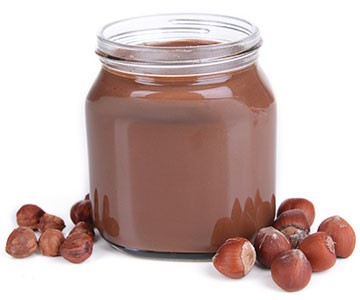 In some countries, there is a quality stamp on packaging referring to the “Institut Fresenius.” The name looks similar to our company name, but it’s not us! It all goes back to history: In the 18th century the Fresenius family split into two. One line of the family went into apothecaries (drugstores), the others became chemists. The drugstore part of the family resulted in what is now Fresenius the health care company. The chemist part of the family ultimately became the Institut Fresenius in Taunusstein, northwest of Frankfurt.

The Fresenius logo: stalked by a deer.

The Fresenius logo is an abstract design based on deer antlers. It’s linked to the name of a pharmacy in Frankfurt which has belonged to the Fresenius family since the 18th century: the stag pharmacy (or “Hirsch-Apotheke” in German). In 1912, the owner, a certain Dr. Eduard Fresenius, started producing his own medicines. In 1939, deer antlers were registered as the official company logo. Although the logo has changed over the years to reflect contemporary design, its deer antler origins are still evident in the Fresenius logo of today.

Fresenius is the only “double DAX-listed” company.

More than 100 years of Fresenius

Fresenius celebrated on October 1, 2012 its 100th birthday! On this occasion, a grand gala with more than 1,000 guests was organized, in which even German Chancellor Angela Merkel gave a speech.

A meaningful job at Fresenius.

We are a double DAX-listed company and a globally successful health care group. And we have many areas where we can make a difference. Because for the good of our patients, we're not just content with established practices, but instead we continue to strive for even better solutions. Do you also want to make a big difference? Then become part of our success story and start a meaningful career at Fresenius.

The international side of Schweinfurt

With Fresenius, medicines can be so attractive. 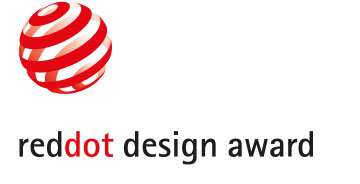 Fresenius Medical Care’s product Therapiesystem 5008 was awarded the 2006 red dot design award in the product design category. The 5008 therapy system is used to treat patients with chronic kidney failure. Companies from 41 countries entered the competition with over 2,000 product submissions.

You can also go to Fresenius on vacation.

Fresenius hired one of the youngest businesswomen.

Else Kröner was 26 years old when she took over the apothecary and assumed responsibility for the pharmaceutical business after the death of Dr. Eduard Fresenius.

The fact that Fresenius has undergone an incredibly dynamic development in the past 25 years is clear when you look at the facts and figures. In 1960, the company known as "Dr. E. Fresenius chemisch-pharmazeutische Industrie KG" had only approximately 30 employees. By 1989, the figure had grown to some 5,300; nowadays it is over 300,000. In other words, the number of employees has increased 40 times over since 1989.

Fresenius Medical Care is one of the “World's Most Ethical Companies”.

We were bestowed this title by the Ethisphere Institute. Ethisphere is a research-based think-tank dedicated to the promotion of best practice in the field of international politics, business ethics, compliance and corporate social responsibility. Before naming prize winners, the institute researched more than 10,000 leading international companies. Announcing the award, Ethisphere confirmed that Fresenius Medical Care has developed impressive and useful ethic business practices, making the company an outstanding example in its sector of industry.

Kabiven, our three-chamber pouch for parenteral nutrition, has received awards for its innovative packaging technology.

The heart and soul of the new high-bay warehouse and site logistics in St. Wendel is the inventory management system ELVIS (Eigenentwickeltes Lager Verwaltungs- und Informationssystem). It handles the flow of materials and the driverless transportation system consisting of 14 vehicles. ELVIS uses 14 driverless forklifts to move 220,000 palettes a year.

Do you have any questions?

Taking a look behind the scenes?

Work for the most valuable asset - health. Find here your job at Fresenius.

Read interesting articles on everyday working life and the opportunities for your career at Fresenius.

Find out how to apply best and what else is of importance concerning your application at Fresenius.

Are you sure you want to withdraw your application? You cannot apply for the same position again. If you have any questions, please contact us.

Are you sure you want to delete your application?

Are you sure you want to delete your account?

Are you sure you want to delete this job alert?

Are you sure you want to cancel the invitation?

Please note that you will not be able to sign up for this event again.

I want to learn more about the application process

The overall duration of the application process and the timing of each step also naturally depends on your availability. The time frame can vary, especially beginning with the first interview. We keep in close contact with you and inform you of the application schedule.

Results and invitation to interview

We will also forward your application to other relevant departments. So we will keep your data in our candidate database. This might also cause application process spans to lengthen.

Register for this event?